Home is where
the music is.

With the Denon Home Series, the wireless speaker market has received a real upgrade in sound. Behind it is professional tuning based on 110 years of experience. We had a clear idea of how best to make this evident.

Who can explain music better than musicians? We listened deep into our network and found the perfect band for the global Denon Home campaign. My Baby are at home on the most popular stages and tour from Europe to New Zealand. And they were immediately excited to test the new speakers and then bring them to audio enthusiasts around the world. The result was a multi-faceted teaser campaign and a stand-alone launch campaign that was pushed across all online channels. After we had also clarified the necessary music law matters, we started with a video and photo shoot at My Baby’s studio in Amsterdam.

Because the speakers are not called Denon Studio, but Denon Home, part 2 followed with singer and guitarist Cato doing a comprehensive listening test in a private atmosphere.

We have developed a comprehensive series of stills for use within 360° communication.

To round off the global launch campaign, we developed a multilingual website as a landing page that was seamlessly integrated into Denon’s website architecture. 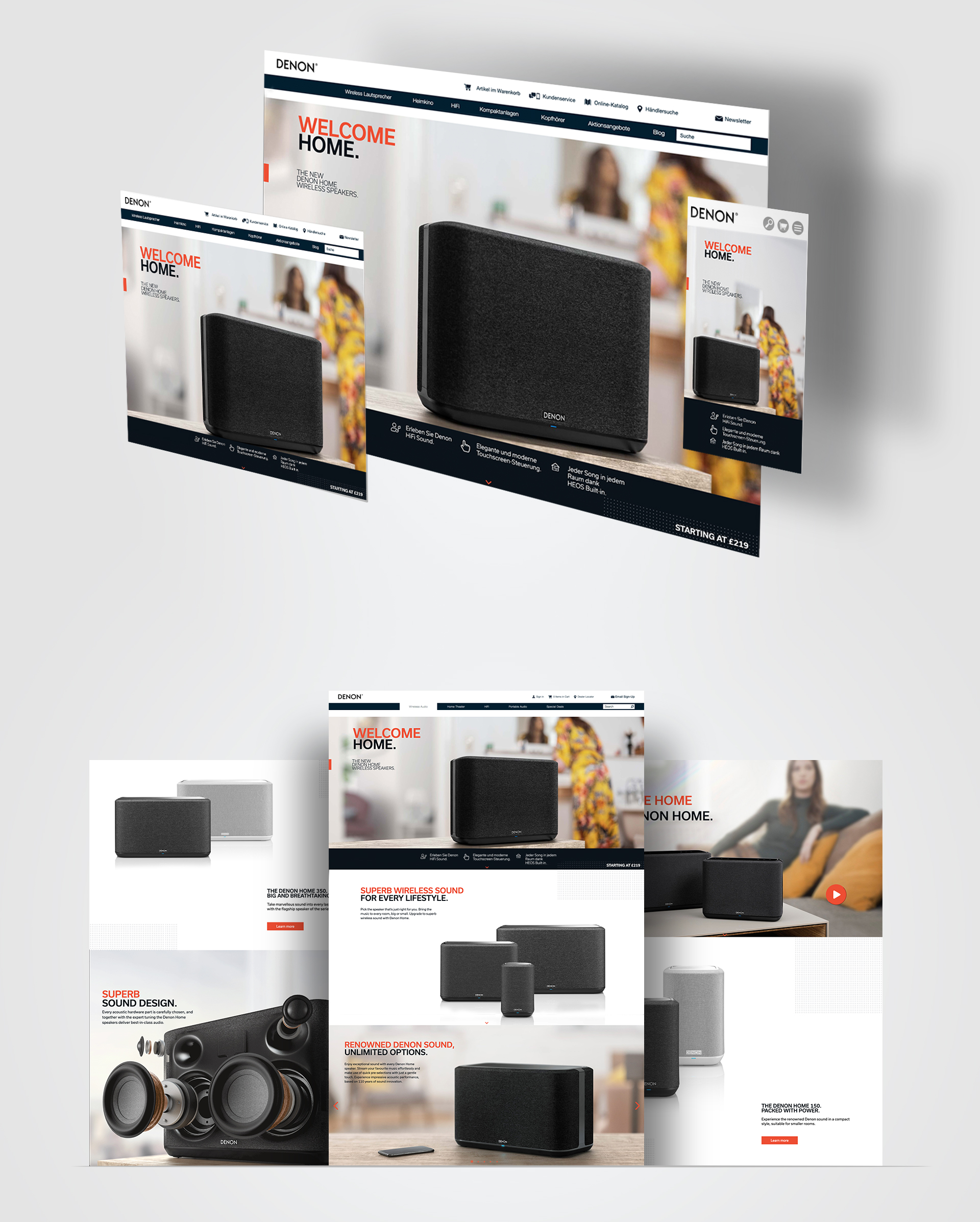