The deeper you dig, the better the air.

As a company rooted in the agricultural industry, Dutch PRIVA had grown to become a giant in building automation. A silent giant. With some of the industry’s smartest and most innovative climate / water / air solutions, PRIVA helped loads of lighthouse projects to flourish in economical, sustainable and atmospheric regards.

The only trouble: Hardly anyone knew about it. So when PRIVA approached us with the assignment of leveraging its German market share and brand awareness, the first thing we did was: digging deep.

Really deep. And we got rewarded by finding those hidden treasures of fame, which the company had realised in recent years. So we smiled. And thought: let’s make use of this greatness.

Then we thought: switching boxes, tubes and control units might not be the biggest excitement to show in an ad. Plus: the actual performance, the solution finding of PRIVAs engineers, would deserve a bigger perspective anyway.

The next thing we did: we looked at the competition’s communication. It was plain to see that within this pretty narrow target group, engineers and architects seemed to be considered as rational robots. So we started to talk to our targets as humans rather than ‘engineering machines’.

Then we set out to shoot the most impressive stories of success, gave them a distinctive look and copy concept. Keeping the facts, but focussing on amazement.
The result: a disruptive and unique campaign in the particular advertising environment – and a gallery of impressive proofs of performance, from a brand formerly (nearly) unknown to the German automation market. Take a deep breath … 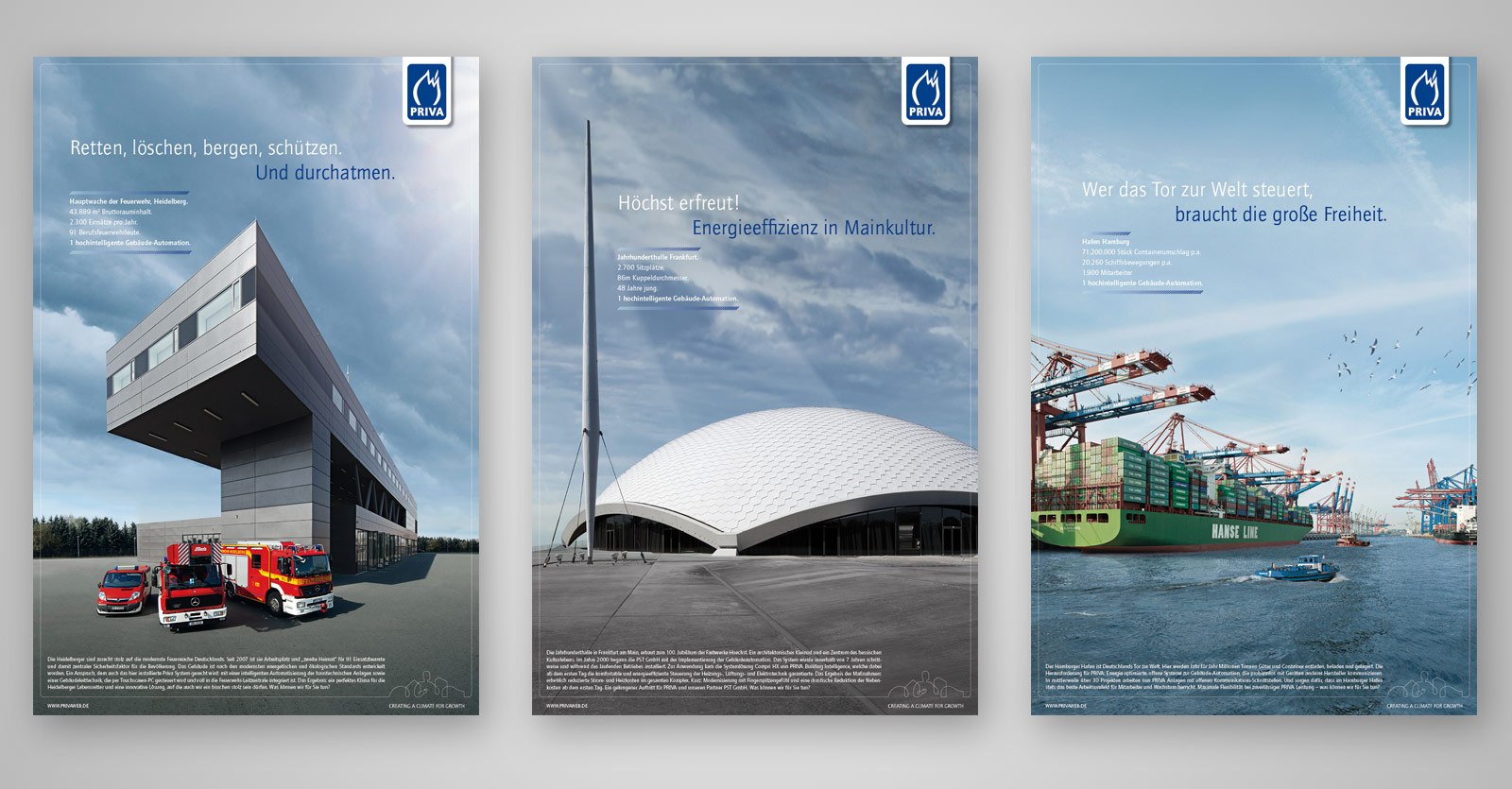 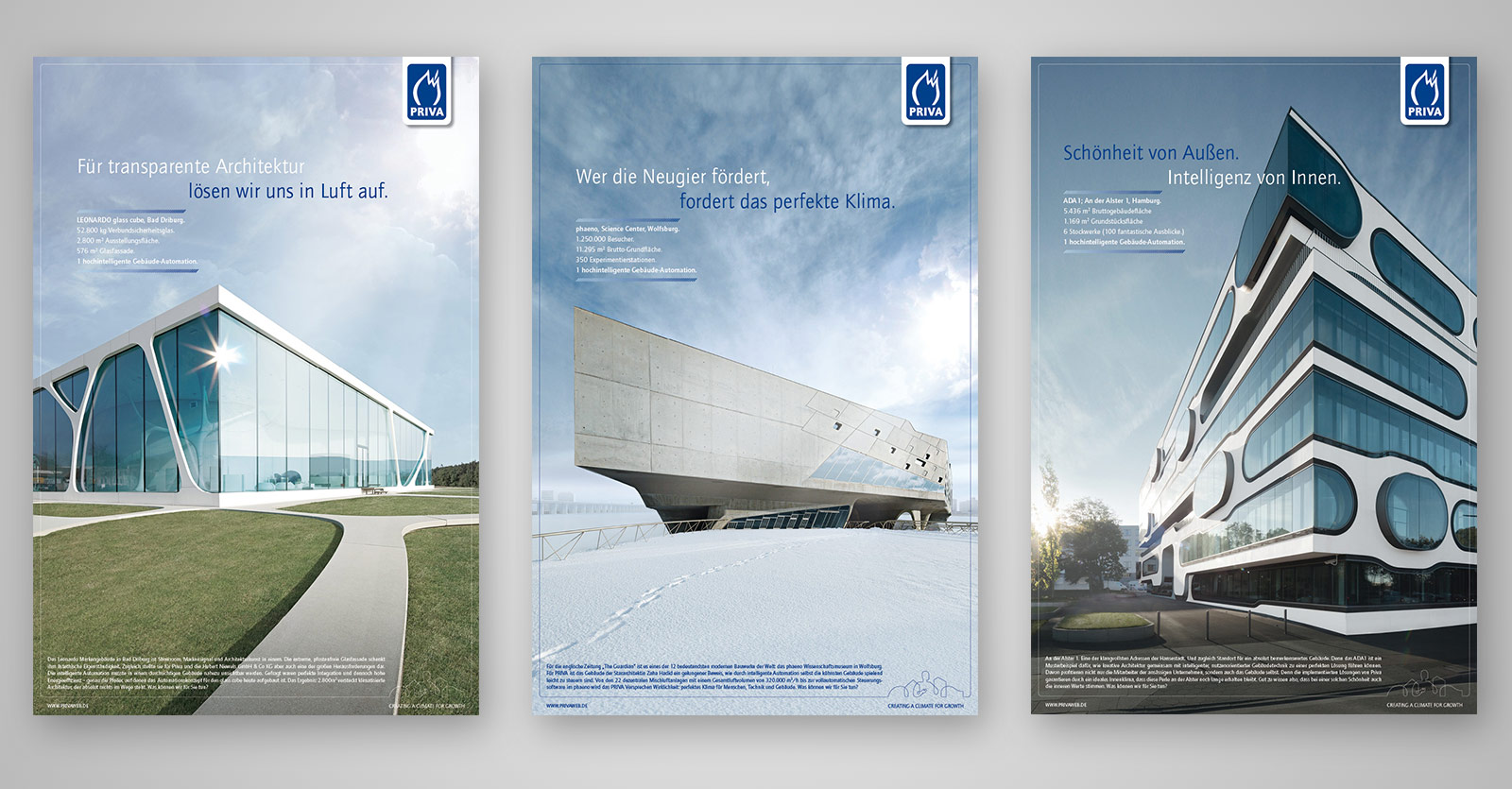 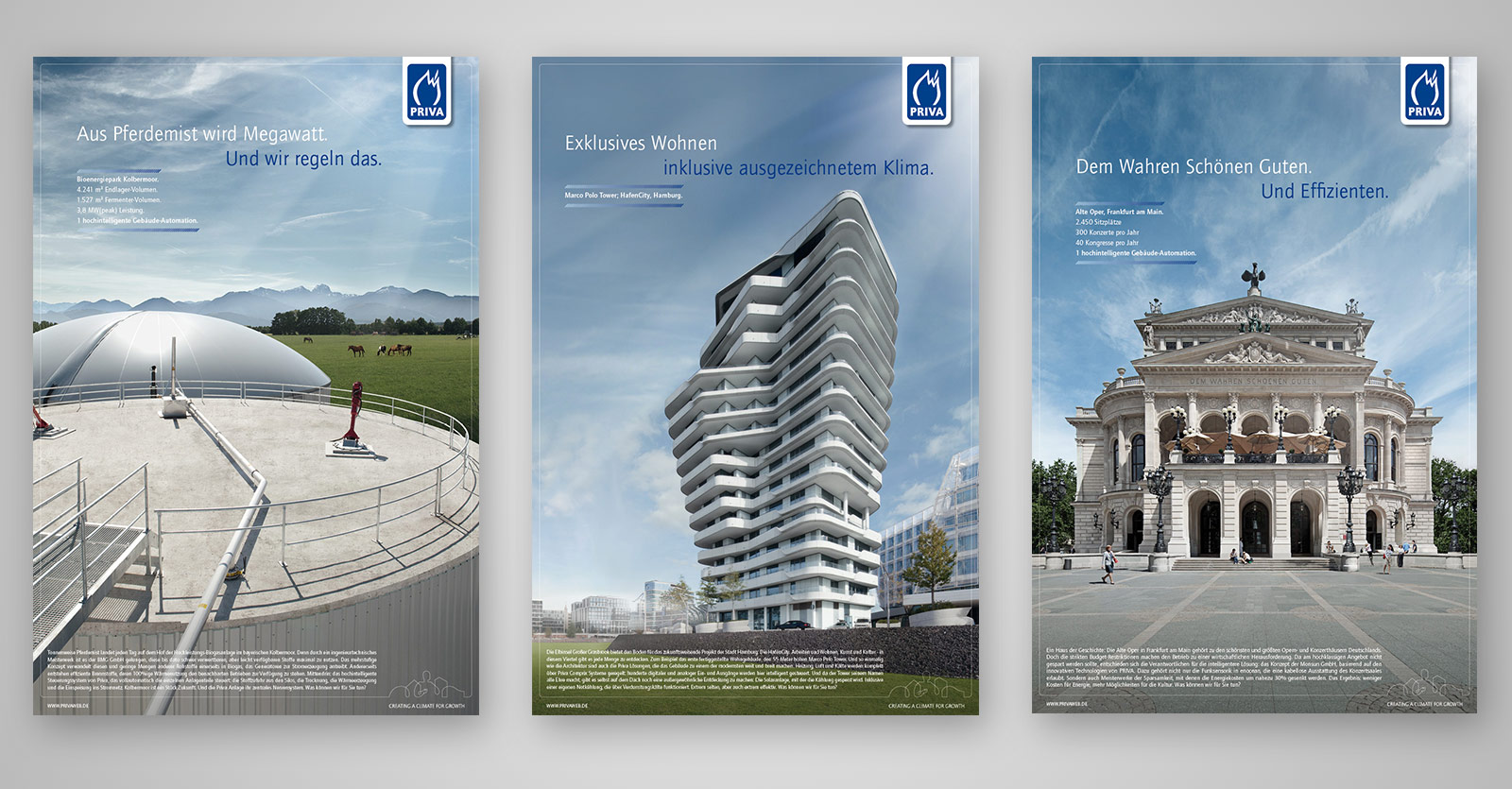