It’s good to be truu.

TRUU ORIGINAL WATER IS ARGUABLY THE PUREST WATER THERE IS. TRUU ORIGINAL AIR ENSURES HYGIENICALLY CLEAN AIR AND PERMANENTLY DISINFECTED CONTACT SURFACES. THANKS TO US, THIS IS KNOWN FROM EUROPE TO SOUTH AMERICA.

When one day an up-and-coming manufacturer of high-quality water filtration systems approached us to promote international sales in addition to the successful German one in the future, we rather quickly asked a provocative question: How much are we allowed to change? The astounding answer: Everything, if necessary. We didn’t have to be told twice, and started right away with a completely new name.

„Water filling station“ became truu. This name is not only globally comprehensible, but also conveys much more clearly than before the company’s self-confident attitude of offering the purest, original and environmentally friendly products for the benefit of all people. truu water, for example, is produced directly from drinking water in plants that last for decades, without bottling and energy-intensive transports, using as little plastic as possible.

Even though we started with water, truu was conceived as an umbrella brand from the very beginning – with its own logos and claims for water, air and, in general, for a lifestyle full of sustainability in harmony with nature. 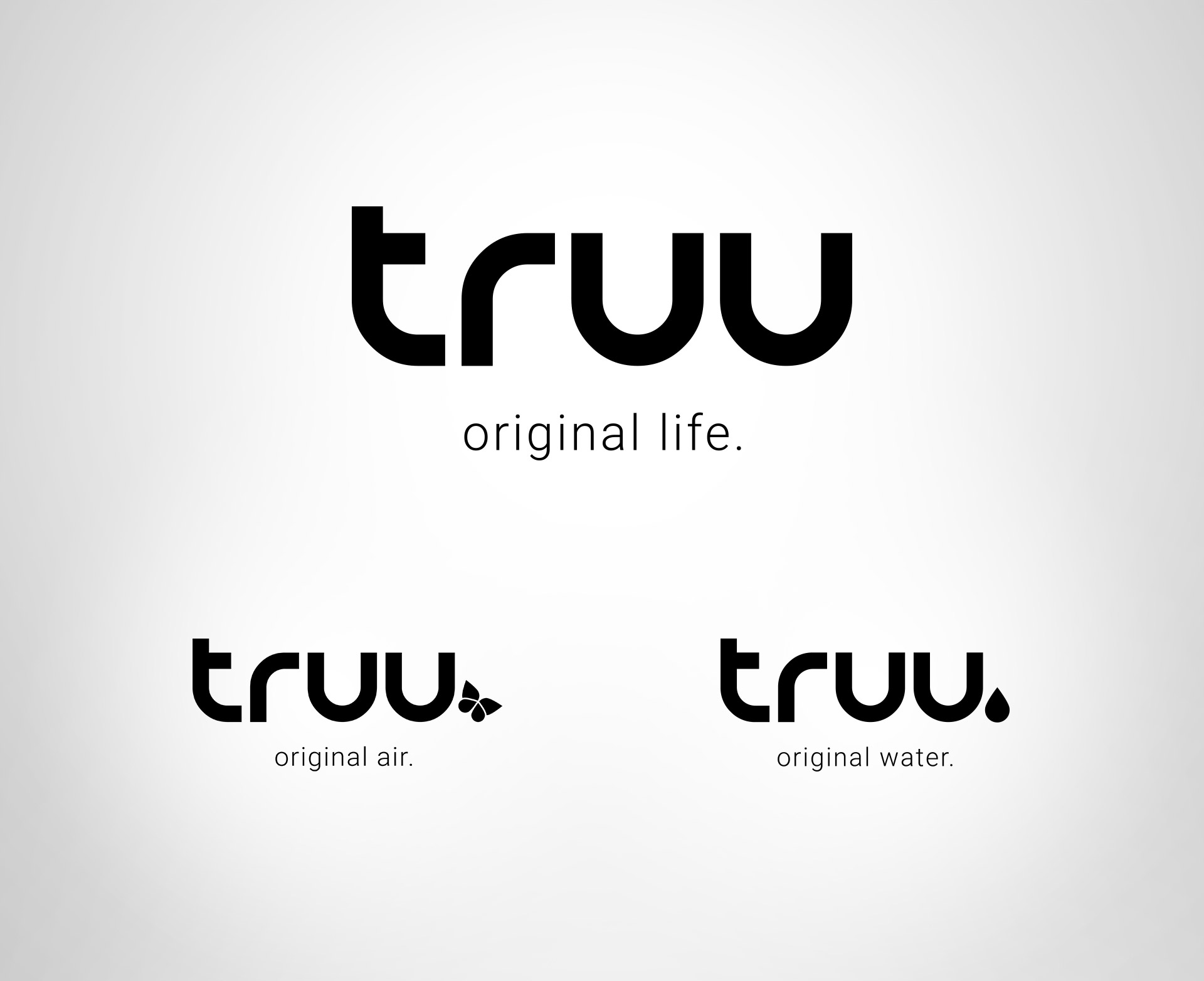 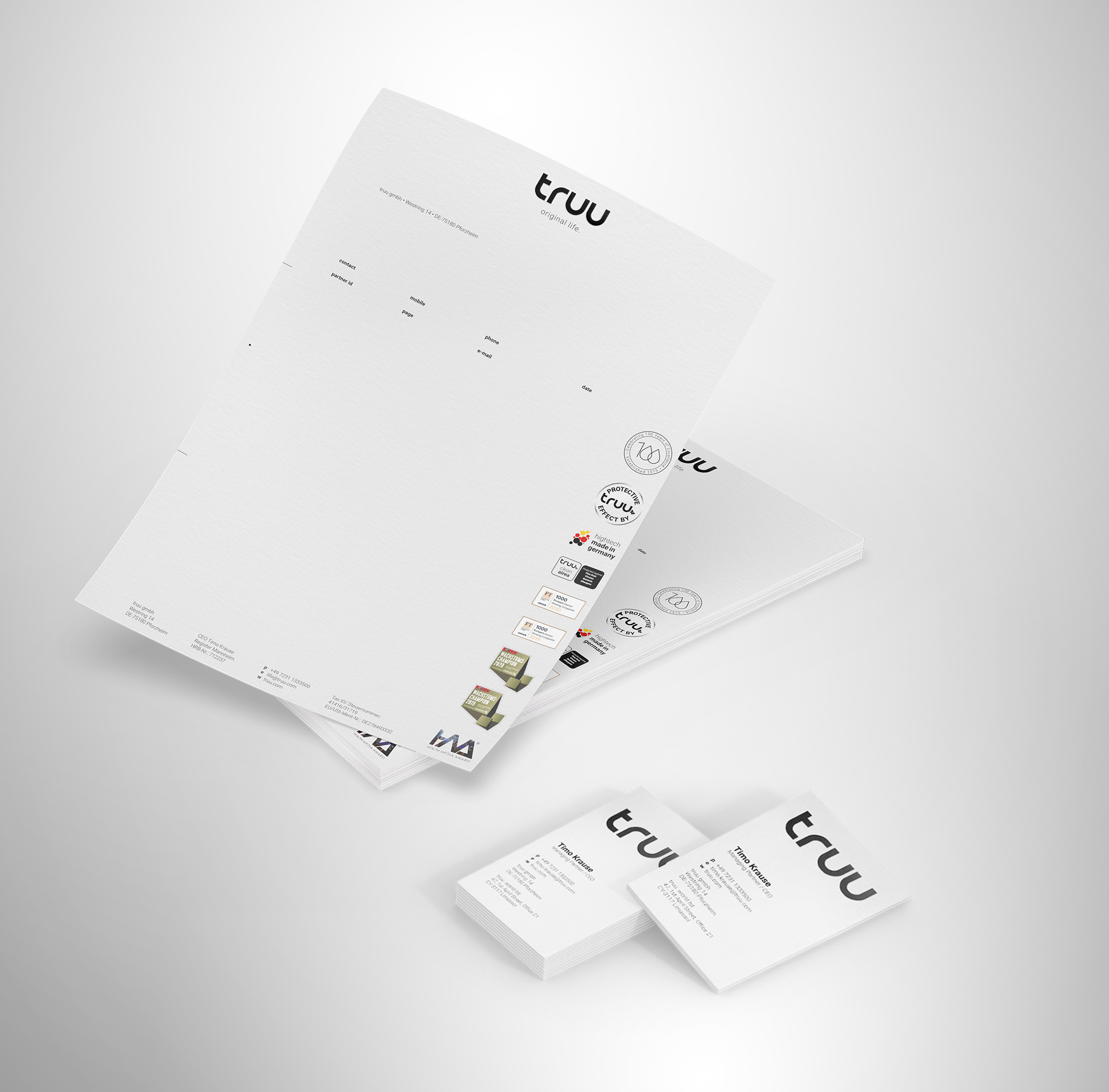 We added a distinct visual language to the new look. Whether truu original water or truu original air, the brand bracket is clearly recognizable right down to the product literature. 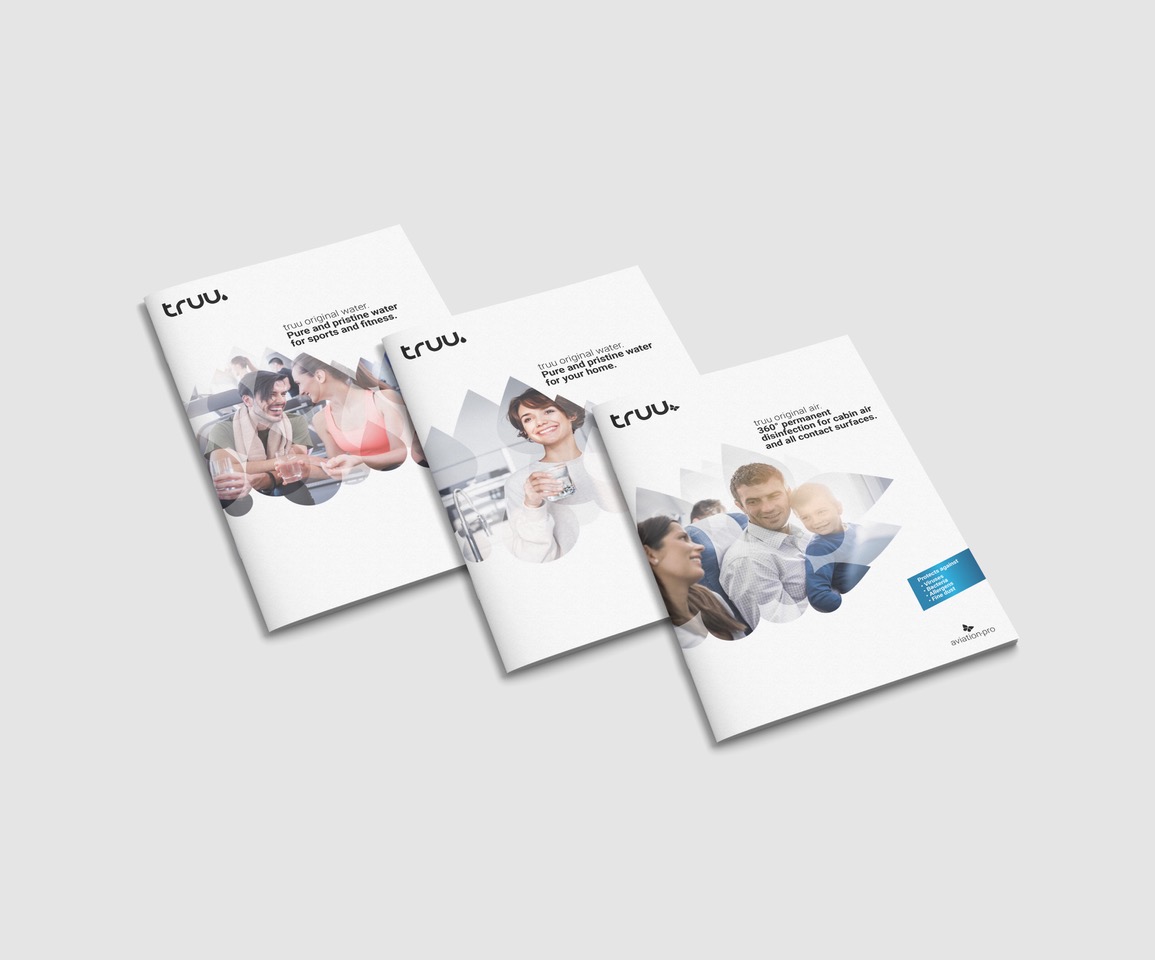 Within a short period of time, we launched the new brand and presented it to the customer right down to the sales level with an emotional video, which is not entirely coincidentally based on a famous song. We had it reinterpreted especially for truu. What can we say, the news was received with huge enthusiasm by hundreds of people.

To top it all off, we also went live with a completely redesigned website shortly thereafter, which has been growing ever since and is also accompanied by an extensive customer and sales app. Read more here.